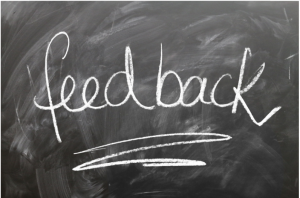 Lately, I have been tasked with editing a literary journal for a writers group. It was an honor to be asked and, truthfully, it has been rather fun. I delight in witnessing the creativity of others and it makes me feel good to help people on their artistic journeys.

Often, as we become more experienced artists, others will come to us seeking feedback, either looking up to us as mentors or viewing us as equals who might be able to offer a fresh perspective. If you haven’t already, I’m sure you will soon hear the words, “Can you have a look at it and tell me what you think?” soon enough.  Now, you can always politely decline if you really feel hesitant but, even if you are a bit nervous, why not try taking on the challenge?

There is an idea that, even though someone may be at the top of their field, they may not make the greatest teacher for any number of reasons. It takes a certain something to be able to impart knowledge in a constructive way that the recipient can really learn from and not be put off by. Having been a voice teacher for ten years and having proofread many pieces of writing, I have learned a few things about offering creative advice that I thought I’d share with you. So here we go.

Tip #1: Know Where Your Mentee Is At.

We are all at different stages on our creative journey. Some of us are just starting out, some of us have been working on our craft for decades. Before you start offering criticism, take into account how long your mentee has been creating. The longer they have been doing it, the more detailed feedback you can provide, using the vernacular of the trade. With newer artists, it’s best to keep it simple and to not overwhelm them with too many things at once. When they are just beginning to explore, you don’t want to risk them becoming discouraged. When I was working with a young, beginning voice student, I would take it step by step – if they were having troubles matching pitch, I was not going to focus so much on the quality of their vibrato until the more fundamental skill was under control for the most part. First things first. Try to recall how you developed your skill set – if you in fact felt it helpful to you – connect that to where your mentee is on their trajectory and use that as a gauge to determine how deep to go.

Tip #2: Try Suggesting Rather Than Dictating

Maybe I’m too easy on people but I tend not to dictate when mentoring – unless I’m really in the zone. Then I’m all, “No. Stop. Do it again.” I kind of like me in that mode, to be honest, but you have to be aware of when it may it may not be appropriate. Anyway, I had someone involved with the literary journal mention to me that they not only appreciated my “expert” feedback but the gentle way I shared it and I honestly don’t know which part meant more to me – the fact that they saw me as an expert or the fact that I was gentle. I know these days we talk about being more assertive and assured – the recommendation particularly applying to women – and I agree we do need to own our knowledge and experience, but a little tact can go a long way. Try saying, “Perhaps you might try…” or “Let’s look at what can happen when…”. Not only does it help to ease you into the issue, it also creates awareness that creativity is, in many ways, a fluid, evolving, experimental thing. There are certain elements of your craft that may be rather definitive – like a question should be followed by a question mark – in which case you can be more direct (but still kind) in your recommendation. But there are some things that are more trial-and-error. What works for some might not work for others. Many singers are all about posture and being upright and, yet, there are amazing vocalists who hit the high notes bent over with their head against the wall. You can’t argue that it works for them so, really, the best you can doing in some cases is try it out.

I was actually faced with a conundrum of sorts when a writer who had submitted a narrative piece mentioned that he preferred to use spaces between paragraphs rather than indents. I thought that, while it isn’t the way literature is customarily presented, aren’t rules and norms meant to be questioned? After all, these existing norms came into play by replacing previous norms.

When one is teaching or advising, it can be rather tempting to simply say, “do this” or “do that” and expect the student to obey without question. But even if they do follow your instruction and give you the result you desire, they aren’t really learning. They simply know that, in this specific case, this is what they’ve been instructed to do, even if the situation may or may not ever arise again.

But a more in-depth explanation allows your expertise to really shine while giving the mentee something tangible they can take into the future. If they have written, “The two tonne truck hit the pothole, splashing water all over the windshield” – this example really hits home for me living where I do at this time of year J – instead of simply adding a comment telling them to “hyphenate two tonne”, take the extra step and explain how compound adjectives are usually hyphenated when they come before the noun but not after. In doing so, in addition to correcting the immediate error, the writer will have new information to improve their writing on future projects.

Tip #4: Thank Them for Asking and Receiving

It can take a lot for someone to ask for help. If an artist is coming to you for advice, know that it’s because they value your input. No matter how high up you are on the creative ladder, resist the temptation to get a swelled head about it and simply express gratitude that they have seen you as worthy of providing feedback – something like “Thank you so much for asking me. I am honoured that you feel I have something to offer your project.”  And if they show appreciation for your comments after the fact, which they hopefully will, realize that receiving criticism can be hard for many of us. Our projects are our babies and part of what keeps us going is somehow believing we’re awesome. You can try responding with, “Thank you for hearing my comments. I know it can be hard to receive feedback on something close to our hearts. I’m glad you have found my suggestions to be helpful.”

So those are a few tips to help you give constructive feedback. Just my suggestions, of course. 😉