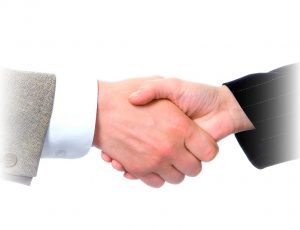 So, more than a few years ago, I went to meet with a local talent agent to see if they might be able to me get more work as an actor.

I wasn’t too serious about it but I was open to opportunities should they arise. Where I live, it’s not a required thing to have representation – it’s easy enough to submit material to casting agents on your own – but I thought it couldn’t hurt to have somebody else in my corner.

We met at a coffee shop and I had no idea what to expect. I had never had an agent and I was a little intimidated by the imposing figure that approached me. But I would see where it led.

He took a look at my resume and immediately criticised the categorization of some of my acting jobs. Now, I’ll be the first to admit I don’t know everything and I have no problem with someone pointing out differences but I wasn’t making this stuff up. I found the term whilst doing some research online and his assumption that I was wrong and he was right and there was no in-between kind of set me off from the get-go.

Then, he pointed to a voice project I had done for a short promotional animation project and asked if the company had asked me to work for them again. I said no. He seemed to be displeased and my interpretation of his reaction was that this was an indication I wasn’t very good. This may have been true at the time, maybe not, but I wasn’t aware of all of the company’s projects. They called me to do one thing and I did it. Maybe it was the only time they had taken on such a project that required voice overs, or that required my type of voice. I didn’t know.  Again, the assumption was not appreciated.

Finally, we talked about roles and such and what we felt I might be suited to. I told him I wanted to make a positive impact and preferred my roles to reflect that mission.

He then proceeded to tell me that the industry will decide what roles I would be suited for. If the industry thinks I would make a good serial killer, that’s what I get to be. I can’t remember if that was before or after I had turned down an audition to play a pedophile foster parent or some such silliness.

Needless to say, that was our one and only meeting.

Listen to me. YOU get to choose how you represent yourself in this world. I have said before that what we create goes out there and affects people. That’s why we do it. You cannot always control how what you do is interpreted or received – criticism may arise even when you have the best intentions – but YOU must define who you want to be.  You may or may not get as many opportunities as you would if you had chosen a different approach but the choice must be yours. And they say that the greatest, most sustainable success comes when you are being the most true to yourself so it’s really a win/win!

You do not have to take every job that is presented to you and you do not have to be involved with something that does not align with who you are, whether it’s the project itself or the people you would be working with. I mean, you can if you want, but you don’t have to do it. You can always pick up a few extra shifts at Starbucks until a project that resonates with you, or at least a project that doesn’t make you cringe, comes along.

And, while I’m at it, you don’t have to take on an agent or manager just because they want you, meaning they think you can make them money. If you are to thrive, it’s important to connect with people who understand who you are and who you want to become and are more than eager to help you become that. They can certainly present new avenues and horizons to you – you still need to grow as an artist – but they have to have your spirit as well as your bank account in mind.

When you meet with a potential business collaborator, remember that you are interviewing them as much as they are interviewing you and you have a right to decline if you don’t jive and you don’t think they can help you move towards your ultimate goals.

You want somebody in your corner who says, “I get you. I believe in you. Now, let’s rock this thing!”